Join host Larry Jordan, live from the trade show floor at the 2017 NAB Show, in this episode of the Digital Production Buzz, as he discusses the latest news and announcements with:

* James DeRuvo, Senior Writer of Doddle News with a Round-up of the day

Ric Viers showcases Blastwave FX, their new Action Movie Sound Effects Library, and the movie he produced to promote it. He also clues us in on how to find a desired sound effect, how to record sound effects, what mics he prefers.

Michael Horton describes the Supermeet including its incredible 100k raffle. He gives a guide for newcomers about what to expect and why networking is so important to a successful career.

James DeRuvo shares his opinion on the latest and greatest from the NAB Show floor from Panasonic, Blackmagic Design, Arri Alexa, Jaunt VR, Boxcast, and Digital Anarchy. He concludes with what to look forward to this week at NAB. 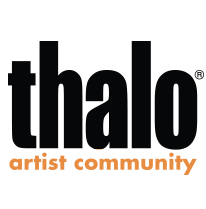