Comments Off on Quantel Announces RED Camera Support on eQ, iQ, and Pablo

Quantel eQ, iQ or Pablo users already have a large range of Quantel effects, editing, color correction and mastering tools plus a choice of around a thousand third party plug-ins. At IBC, in September, Quantel will be announcing support for RED cameras, as well.

Adding cloth is easy in Cinema 4D. Today I show you how!

A friend asked me recently to help with a shot he wanted to present to investors for a movie he wanted to direct. “I need to have an over the shoulder shot of a man looking up as a bomb goes off in a building”, he said. “No problem” I said, “lets do it in Particle Illusion”.
For those who haven’t used Particle Illusion it’s a great piece of software. Made by Wondertouch (www.wondertouch.com ) the app is all about making particles do amazing things. Its not only powerful but easy to use as well.
As we began the work I knew to make it look better we would need to use “blockers”. “Blockers” are Particle Illusion’s mask system. Once again powerful results with ease of use. “Blockers” can add a dash of realism that may be needed such as “blocking” an area that the particle may not be affecting. Download a demo and try this out for yourself. Enjoy.

Comments Off on Adobe After Effects: More Of The Same Thing: Part 2 – Duplicate elements in After Effects using the Shape Tool's Repeater function.

Adobe After Effects: More Of The Same Thing: Part 2 – Duplicate elements in After Effects using the Shape Tool's Repeater function.

In this video tutorial, Creative Cow Contributing Editor Eran Stern shows you how a neat way to duplicate elements in After Effects using the Puppet Tool.

As a quick aside from my audio sermons, I’d like to take a quick look at something a bit more practical. In Soundtrack Pro, we’re all used to seeing waveforms when we open up clips. But there’s another perspective on the sound that, while it’s a little more scary at first, can be almost as useful once you figure it out. You can separate some sounds from others, spot areas with funny spikes that don’t show up in the waveform, and even copy and paste specific sounds from within a flat clip. With practice, you can even begin to recognize the “fingerprints” of individual words. They call this view … Spectrum View.

Comments Off on BuZZ Show and Podcast for August 28

BuZZ Show and Podcast for August 28

This week’s episode of the world\’s only interactive talk radio for Digital Production, Post Production and Distribution is filled with great information and entertainment designed for the independent filmmaker, producer or editor.

Sue Lawson makes her living as an editor for independent films. She joins us to discuss the challenges independent producers face, and share her insights on what first time producers should keep in mind to save them time and money in post production.

Once we get Fred to stop telling war stories of the perils of shooting for non-profits, he and Jeff Evenson discuss the challenges involved in running a user group — specifically, the Chicago Final Cut Pro User Group which is the host for this week’s Digital Production BuZZ.

Jim Cunningham has been running his own editing company for more than 27 years – starting in the early days with CMX. He talks about the constant change in our industry, whether having a good demo reel is important, how he markets himself, and provides tips on finding and keeping clients.

Pick Our Brains is devoted to getting your questions answered. Email them to us, or join us for the live chat during the show.

Creative Planet’s Digital Production BuZZ is live 6-7 pm Pacific Time. Join the Show Live, listen to, or download an episode from the archives or subscribe to the podcast through iTunes or off the website.

This free software makes ProRes an excellent choice for mastering and can easily be transcoded to distribution formats like H.264. With new support for playback on both Mac and Windows computers, Apple ProRes can also be used for review and approval of Final Cut Studio sequences.

Telestream, the provider of Flip4mac, Episode and FlipFactory content repurposing and workflow automation products, today announced that it has completed the acquisition of European-based Vara Software Ltd., a privately-held company. The acquisition adds the products, technologies and employees of Vara Software to those of Telestream, Inc., a privately-held US-based company. Vara Software brings successful, award-winning live production and streaming products to the Telestream product family. The acquisition expands Telestream’s reach beyond encoding-based media workflow solutions for leading broadcast, media and entertainment companies to include powerful tools for real-time creation and distribution of video content over the Web for a broad range of businesses. 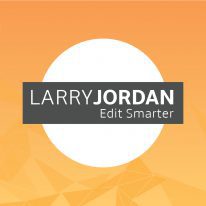